Trying to stay faithful to the source material while telling your story is a slippery slope. It’s easy to go off a tangent and tell a completely different story.

So, I spent the last couple of days binging Amazon Prime’s reboot of A League of Their Own, and it inspired this piece. Before I watched the 8-episode series, I decided to watch the 1992 classic of the same name, starring Geena Davis, Tom Hanks, and Madonna.

It was two hours well spent, and I don’t regret my decision.

A League of Their Own was a great movie, the kind of film you can rewatch every few years without ever getting bored.

Once I was done with the original, I immediately started the series. The central plot was the same—about the first female baseball league and all the setbacks they faced while playing the sport.

There were a few nods to the original, but other than that, the remake told its own story. And it did this without disrespecting the source material. This reboot also did a better job with diversity.

It wasn’t better than the original; it was just different, in a good way. It expanded more on the struggles of the women without pandering to the viewers or belittling their experiences. And it never got too political.

Amazon Prime’s A League of Their Own is an excellent example of how to make a good reboot.

Very few reboots know how to do this. They usually do one of the following:

Neither of these options works for most fans. As a result, the new version either bombs at the box office, or no one bothers to watch it.

The problem with the first option is that there’s no need for a reboot if you’re just going to copy the entire movie. Just leave it alone.

The second option is significantly worse because the whole point of reboots is that they bank on nostalgia.

If you’re going to ignore everything about the original movie/series, why not create new material and build a new fanbase? Proper, isn’t it? Instead of luring unsuspecting fans and disappointing them halfway into the movie/series!!!

What is a Reboot?

For the newbies in the house, a reboot is the art of reviving or restarting something, especially a movie or television series.

It’s easy to interchange the terms reboots and remakes, but they are slightly different. While a remake is an updated movie version, a reboot mainly focuses on restarting an established franchise (i.e., The Spider-Man films).

Honestly, most reboots end up being remakes. It gets confusing sometimes.

Anyways, back to the issue at hand.

Most movies don’t need a reboot, but thanks to Hollywood’s lack of creativity and cash-grab syndrome, we get several remakes/reboots every few years.

While some do a good job entertaining us, most miss the mark.

Let’s start with some examples of bad reboots that shouldn’t have happened.

There’s no replacing Brendan Fraser and Rachel Weisz from the original The Mummy (1999) and its 2001 sequel.

This reboot failed to balance comedy and action as effortlessly as its predecessor, and it forgot the most important thing— the mummy! Instead, it focused more on Tom Cruise’s character than the actual monster the movie was aptly named after.

This one just made a female version of the original and offended the entire (mostly male) fanbase. I’m all for female empowerment and all, but not when it’s done poorly.

Ghostbusters: Afterlife (2021) was a much better reboot/sequel/continuation of the original story. For one, it respected the source material, included beloved old characters, and ushered in a new generation of ghostbusters.

Afterlife is an excellent example of utilizing nostalgia to make a good film.

The original Charlie’s Angels is a cult classic from the 70s, and it’s had several reboots.

While the 2000 and 2003 versions starring Cameron Diaz, Lucy Liu, and Drew Barrymore lacked originality, they were pretty good for their time. The stellar casting probably played a huge role.

Don’t get me wrong. You’d probably hate it if you watched it today, or at least find it silly. No, thanks to the ridiculous effects and slightly nonsensical plot.

The 2019 reboot, on the other hand, flopped hard because no one wanted another Charlie’s Angels movie with the same storyline. There’s such a thing as reboot fatigue. Enough is enough.

And, it probably didn’t help that it was a ‘Woke’ and politically correct version for Millennials.

I’ve already done a review on Gossip Girl and exhausted all my rage on this one. So, there’s no need for a rehash.

I’ll just blame Miles Teller’s face, uninteresting characters, and budget cuts for this one. Maybe the next reboot would fare better.

It tried too hard to be dark and gritty. Horrible mistake if you ask me. The original Fantastic Four movies were lighthearted and didn’t take themselves too seriously.

Pretty much every Disney and Warner Bros remake.

8. Jumanji: Welcome to the Jungle

These aren’t the only examples, but if we covered every one of them, this article would be way longer.

The Jumanji reboot captured the magic of the old classic while adding a modern spin to the old board game.

On the other hand, Mad Max: Fury Road had stellar casting, far superior visual effects to the original, and impressive storytelling that evoked emotions and tension. Dynasty didn’t deviate much from the original plot but was still entertaining, thanks to its cast. However, the formula got old after the first two seasons.

How to Make a Good Reboot

So, how do you make a good reboot that appeals to both the OG fans and the newcomers?

Plan to delight and shock. Simultaneously!

Tip your hat to the OG fans with iconic scenes and moments, then surprise them with new memories. Open up the world and tell many stories at once. And avoid one-dimensional characters.

Nostalgia is a weapon. Use it!

Identify what drove the success of the previous movie and improve it. Nostalgia is an effective tool when done right.

Fans should be able to look at the trailer and immediately think of the original in a good way.

So, what’s the point of a reboot?

A reboot has a guaranteed attached audience from the original material and also gets the chance to introduce a new generation of viewers.

If done right, the rebooted series won’t need much PR and marketing to attract an audience. Instead, the original fanbase would do all the advertising. 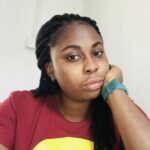 Chioma is a professional content writer who writes everything from tech reviews, B2B/B2C marketing content, and blog posts for websites and businesses. She also does fiction and non-fictional content once in a while. She loves reading Fantasy, YA, Thriller, and Chick-Lit. She has an avid fascination with tech and how it improves our daily lives. In her free time, she binges TV shows and movies, reads fan-fiction if they don’t end the way she wanted them to, and writes movie reviews about the best and crappiest ones.